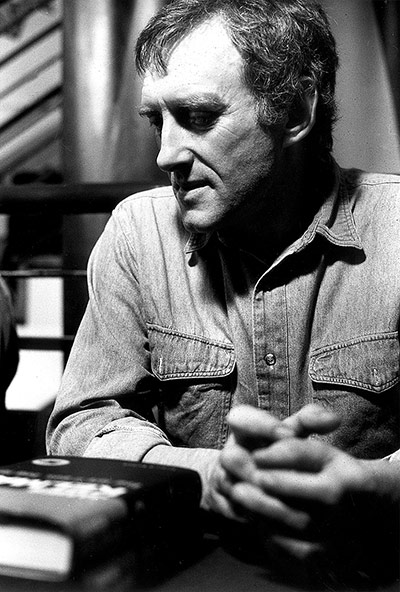 Published as:
“Elitist Slurs Are Racism By Another Name”
SCOTLAND ON SUNDAY: SPECTRUM SUPPLEMENT 16 OCT 1994. P2.
powered by Waybackmachine

Unlike many parents in Scotland and elsewhere, I don’t have the daily worry that my children are physically assaulted on the way home from school on account of the colour of their skin. But as a white parent from an ordinary Glaswegian environment I expected my children to receive various intellectual humiliations and the attendant psychological abuse as they journeyed through the lower and higher educational system, this on account of the language and culture that was natural to them. I wasn’t disappointed. How could I be? The actual educational institutions are structured on hierarchy; elitist values pertaining to class, race, gender, religious difference, sexual inclination and so on are endemic. Departments of English Literature are scarcely exempt from this although many people are outraged when those who fall victim to it have the temerity to complain.

A couple of weeks ago a feature writer for a Quality Newspaper suggested that the term “culture” was inappropriate to my work, that the characters peopling my pages were “pre-culture” — or was it “primeval”? I can’t quite recall. This was explicit, generally it isn’t. But — as Tom Leonard pointed out more than 20 years ago — the gist of the argument amounts to the following, that vernaculars, patois, slangs, dialects, gutter-languages etc. etc. might well have a place in the realms of comedy (and the frequent references to Billy Connolly or Rab C. Nesbitt substantiate this) but they are inferior linguistic forms and have no place in literature. And a priori any writer who engages in the use of such so-called language is not really engaged in literature at all. It’s common to find well-meaning critics suffering from the same burden, while they strive to be kind they still cannot bring themselves to operate within a literary perspective; not only do they approach the work as though it were an oral text, they somehow assume it to be a literal transcription of recorded speech.

This sort of prejudice, in one guise or another, has been around for a very long time and for the sake of clarity we are better employing the contemporary label, which is racism. A fine line can exist between elitism and racism and on matters concerning language the distinction can sometimes cease to exist altogether.

… There is a literary tradition to which I hope my own work belongs, I see it as part of a much wider process — or movement — toward decolonization and self-determination: it is a tradition that assumes two things: 1) The validity of indigenous culture; and 2) The right to defend in the face of attack. It is a tradition premised on a rejection of the cultural values of imperial or colonial authority, offering a defence against cultural assimilation, in particular imposed assimilation.

Unfortunately, when people assert their right to cultural or linguistic freedom they are accused of being ungracious, parochial, insular, xenophobic, racist etc.

… one of the remaining freedoms we have as writers is the blank page. Let no one prescribe how we should fill it whether by good or bad intention, not the media, not the publisher, not the book trade; not anyone … in spite of everything it is the creation of art that keeps us going. Anyway, the second literary tradition to which my work belongs is the existential tradition. And really, the bottom line of this tradition as far as I can see is also quite basic: if any writers prefer to assimilate then why not, it is their right.