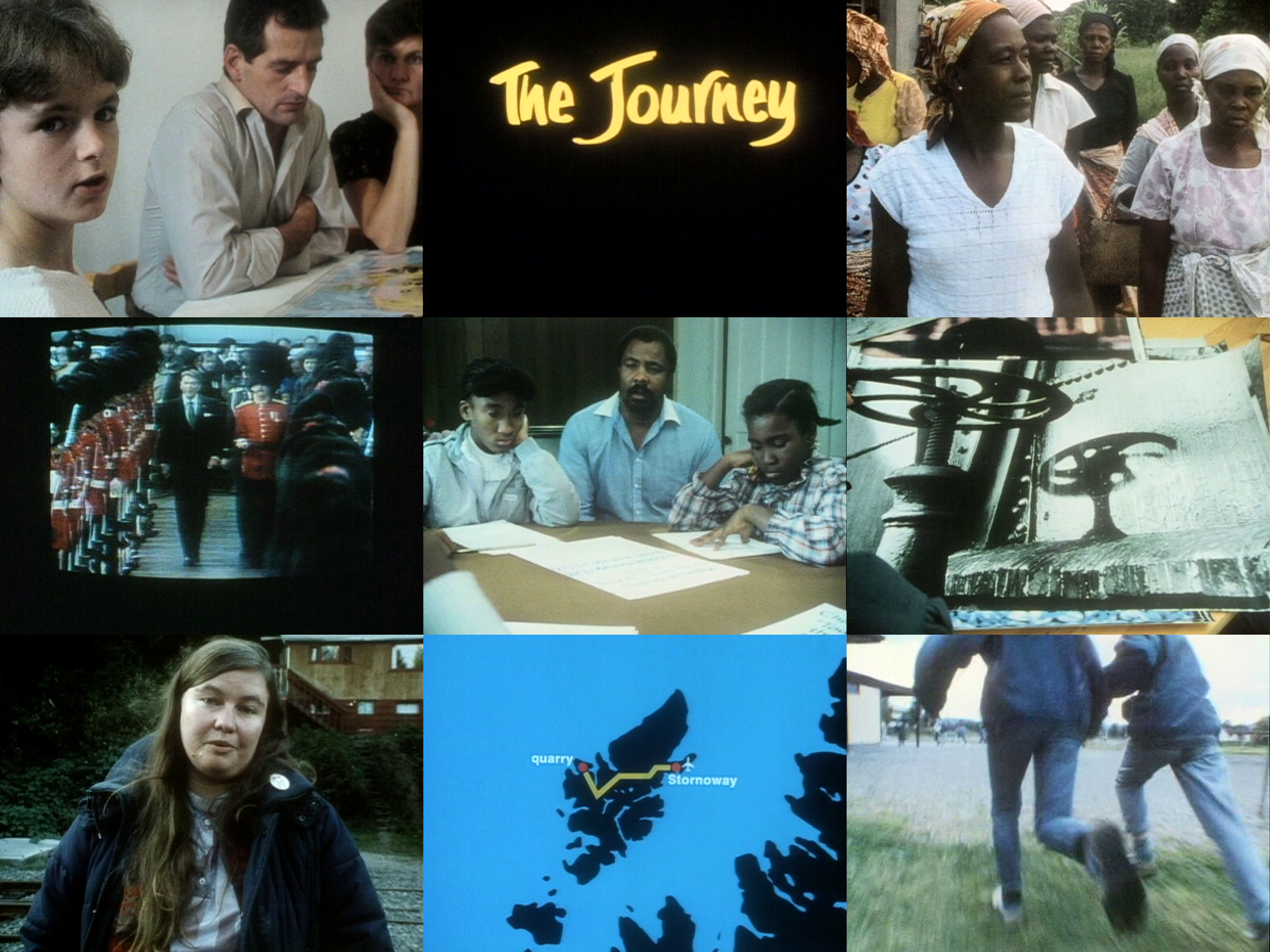 “This film is about systems: the systems under which we all live, and the mechanisms they use to deprive us of information and participation.”
Peter Watkins

“The threat of nuclear war is the ultimate oppression, the terrifying expression of the struggle for power of male-dominated institutions.”
Jeanette Buiski

Shot at the height of the 1980s nuclear arms race, The Journey is a documentary which tries to imagine what global peace could look like. What if communication, learning and empathy were at the heart of our world, instead of fear, distrust and enemy images. Through discussions with families and communities, the film confronts the military-industrial complex, mass audio-visual media and governments which all impose unaccountable decisions on citizens and populations. Deeply personal, contemplative, meticulously researched and passionate, The Journey is a collective expression of our struggle for peace. It inspires action and offers many solutions to the obstacles we face.

We will be screening this rarely seen film in its entirety, spreading the 19 parts over 6 days. Discussions will punctuate the screenings and we will be able to reflect on the relevance of the film to our present moment of crisis: the wars and climate change, huge inequalities and rising ethno-nationalisms. Specially for this screening, Peter Watkins has sent questions for the audience which confront the mass media for their complicity in creating and fuelling these crises.

The film bears particular relevance to Scotland, as it features interviews with a family from Dumbarton, a community from the Isle of Lewis opposing the construction of the local NATO base in Stornoway and many people in Glasgow who participated in a pseudo-documentary section of the film acting out the repression of dissenters in case of a nuclear war.